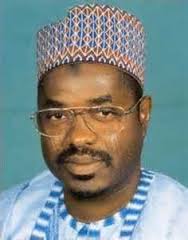 The former governor of Niger State, Abdulkadir Kure, who died in a German Hospital on Sunday would be buried on Wednesday, Jan. 11.

Mr Jonathan Vatsa, Niger Commissioner for Information, Culture and Tourism, stated this in a statement he issued on Monday in Minna

According to the commissioner, the Janaiza prayer would hold at 12 noon at Minna Eid-Praying Ground.

The interment date was reached at a meeting between the state government, led by the State Governor, Abubakar Bello and the family.

Vatsa said that the state government had declared Wednesday a work free day to enable people of the state accord the former governor a befitting burial.

Meanwhile, the Estu Lapai, Alhaji Umaru Bago Tafida has equally approved 3-day Fidau prayer for the repose of the soul of the former governor to hold shortly after interment in the state capital.

The former governor died at the age of 60 after a brief illness.