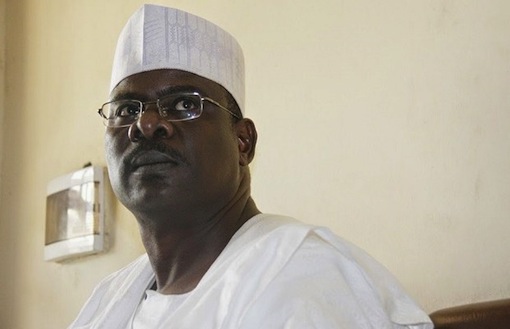 The President of the Senate, Dr Bukola Saraki, at plenary on Tuesday, announced Sen. Ahmed Lawan (APC-Yobe North) as Leader of the Senate.

Reading a letter from the All Progressives Congress (APC) Senate Caucus dated Jan. 10, Saraki said based on the letter, Sen. Ali Ndume (APC-Borno South) was no longer the leader of the senate.

He said that “a letter from the APC Senate Caucus dated Jan. 10, His Excellency, the President of the Senate, notice of change of leadership.

“This is to inform your Excellency and the senate that after several meetings held on Monday, Jan. 9, 2017 and upon due deliberations and consultations, the APC caucus of the senate wishes to notify you of the change in the leadership of the senate.

In his reaction, Ndume expressed shock at his removal as the leader of the senate.

He said he had no prior information with regard to the development, adding that the announcement of his removal was made when he stepped out of the chamber.

“I was leading the business of the senate and I asked Bala Ibn N’Allah to sit in for me to pray and on coming back the session ended.

“I didn’t know that there was a change because I went to pray. I don’t know if I am no longer the senate leader.

“I was not invited for any meeting. There should be a procedure. The announcement came to me as a surprise, I can’t tell you more than that.”

Ndume said he was not sure if his removal was as a result of his position on
Ibrahim Magu’s non-confirmation as Chairman, Economic and Financial Crimes Commission (EFCC).

He promised to speak to newsmen on the development.

The APC in a mock election on June 6, 2015, adopted Sen. Ahmed Lawan as President of the Senate.

However, Saraki emerged President of the Senate at the inauguration of 8th National Assembly on June 9, 2015, while Ndume emerged as leader of the senate.

Until his emergence as leader of the senate, Lawan was Chairman, Senate Committee on Defence.