DMO to sell N130bn worth of bonds 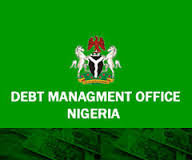 The Debt Management Office (DMO) says it will raise N130 Billion worth of bonds in three categories on Jan. 18.

The DMO said this in its January “Bond Circular” posted on its website on Tuesday.

According to the DMO, the three categories of bonds include a 20-year bond, a 10-year bond and a five-year bond.

It added that all the bonds would be “re-opening.’’ while the settlement date would be on Jan. 20.