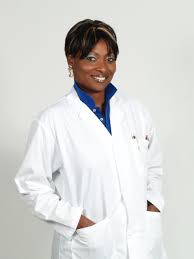 Solarin, who had offices in Doraville and Duluth, had some employees of her Care Dental practice backdated claims for patients whose Medicaid eligibility had expired, U.S. Attorney John Horn said.

Also, some claims listed Solarin as the treating dentist on days she was not in the country. The false claims were submitted from 2009 to 2013, Horn said. Sentencing is set for Feb. 3 on charges of conspiring to commit healthcare fraud. .

Solarin used most of the $996,862.19 gained from the scheme to buy real estate in the Atlanta area, Horn said. As part of the plea deal, she has agreed to repay the money and will forfeit her interest in over a dozen real estate properties.