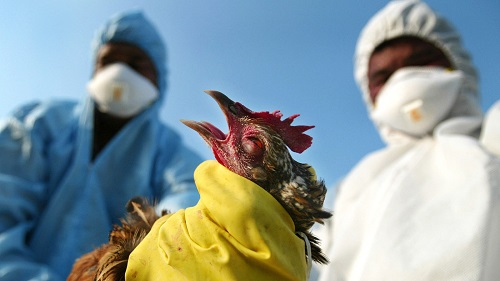 The Kano State government said it would soon begin disinfection of all poultry farms and markets as part of measures to curb the spread of the recent outbreak of bird flu in the state.

The Director, Veterinary services of the state Ministry of Agriculture and Natural Resources, Dr Shehu Bawa, disclosed this in an interview with the News Agency of Nigeria (NAN) on Friday in Kano.

Bawa said already, the state government had approved a certain amount of money to the department for the procurement of more disinfectants.

He said as soon as the disinfectants arrived, the department would use it to disinfect all poultry and market premises to check the spread of the disease.

“We are lucky since the disease resurfaced about one month ago, only two farms in Kumbotso Local Government Area were infected with the disease,” he said.

The director said the department had also stepped up surveillance in all markets with a view to preventing people from selling infected birds to unsuspecting members of the public.

On compensation, Bawa said that the Federal Government had promised to pay all those farmers affected by the disease in 2014/2015 and 2015 /2016.

He disclosed that modalities were also being worked out for payment of affected farmers in the future.

No fewer than 9,000 birds have so far been killed since the disease resurfaced in the state on Dec. 15.