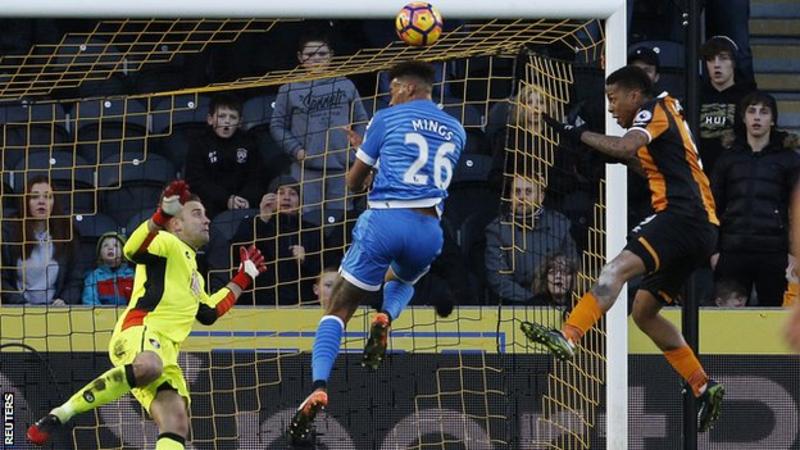 New boss Marco Silva guided Hull City to victory in his first Premier League match as the Tigers moved off the foot of the table with an impressive performance against Bournemouth.

Abel Hernandez was the hero for the hosts, scoring twice on his first start since injuring his groin against Southampton on 6 November.

That result against the Saints was the final league victory under Silva’s predecessor Mike Phelan, who was dismissed on 3 January with the team bottom of the league.

Hull have now won twice in three games under former Olympiakos and Sporting Lisbon boss Silva, having beaten Swansea in the FA Cup third round a week ago.

Tyrone Mings’ own goal added gloss to the scoreline for Hull, who took a long time to grow into the match after falling behind to Junior Stanislas’ third-minute penalty – the 10th the Tigers have conceded in 21 games this season.

Bournemouth have now shipped nine goals in three games in all competitions, and drop to 11th place after their 10th defeat of the campaign.

It has been a bleak winter for Hull so far and the loss of £10m striker Hernandez to injury certainly contributed to their plight.

The Tigers went nine games without a win during his absence, dropping them to the bottom of the TABLE by Christmas and culminating in the departure of Phelan early in the new year.

His return has coincided with the appointment of Silva, and it has quickly become apparent that the influence of both could prove vital in turning Hull’s season around.

The 26-year-old’s goal against Swansea in the cup was a timely reminder of the ability that brought him 20 goals in Hull’s promotion campaign last season, and his first against Bournemouth bore all the predatory instincts that the hosts have been missing these past few weeks.

Huge credit must go to Andrew Robertson for the quality of his cross from the left wing, which presented Hernandez with a headed chance from around a yard out that he simply could not miss.

The second was more of a self-made effort, the Uruguay international picking the ball up on the right, advancing into the area and selling a couple of cute step-overs to Mings before curling a precise finish into the left-hand corner.