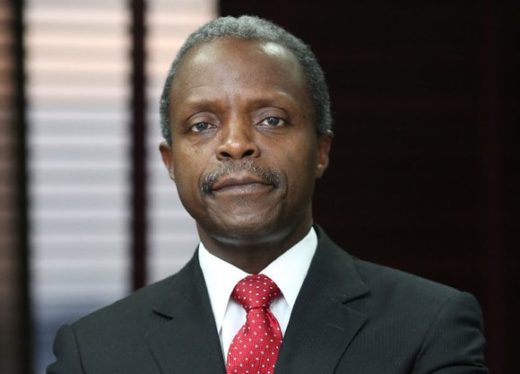 Nigeria’s Vice President, Prof. Yemi Osinbajo is to begin tour of communities in the Niger Delta on Monday in a bid to solve the lingering crisis in the oil-rich region.

The move is part of President Muhammadu Buhari’s administration to resolve the crisis in the area through engagement with the locals.

The visit will see the Vice President visiting Delta, Bayelsa and Rivers States to engage with community leaders.

A statement issued by Laolu Akande, Senior Special Assiatant on Media & Publicity, Office of the Vice President said “in further demonstration of President Muhammadu Buhari’s readiness and determination to comprehensively address the Niger Delta situation, Vice President Yemi Osinbajo, SAN, will be visiting a number of oil communities across some Niger Delta States starting on Monday, January 16, 2017, when he travels to Delta State.

“At a later date to be announced soon, the Vice President, Prof. Osinbajo would also be visiting Bayelsa and Rivers States. At these visits, the Vice President will lead high-level delegations of the Federal Government that will interact with leaders and representatives of the oil-producing communities in continuation of ongoing outreach efforts of the Buhari administration towards a long lasting and permanent resolution of the Niger Delta crisis.”

The statement said the Buhari presidency was fully committed to having an effective dialogue and positive engagement that would end the crisis in the oil-producing areas, and believed that these visits would further boost the confidence necessary for the attainment of peace and prosperity in the areas and the Nigerian nation in general.