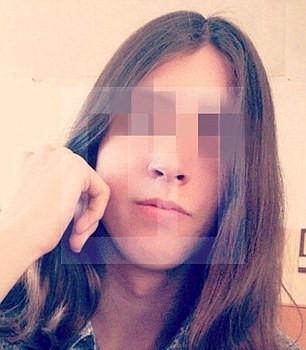 A teenager fell to his death from the 86th floor of Europe’s tallest building after reportedly slipping while he was taking a selfie.

The 18-year-old, named only as Alexander Sh, landed on a Mercedes G-Wagen parked below the 1,161ft OKO skyscraper in Moscow.

Russian reports gave two versions over the student’s tragic fall from close to a skating rink high above the Russian capital.

As well as the selfie version of events, when he fell, others suggested that he had a furious row with his father before running to a rooftop helicopter pad and falling off.

The OKO – meaning The Eye – is currently the tallest in Europe, at a height of 354 meters.

A source from Moscow emergency service: ‘A young man – 18 years old – fell from the 86th floor of the OKO tower in Moscow City.

‘He fell right on a Mercedes car that was left in the outdoor parking lot.

‘One of the versions of what happened is that he tried to make a selfie.

‘According to the building’s security, the young man had been with his father at the skating rink.’

But news website Life.ru citing eyewitnesses said: ‘People said there was an argument between the young man and his father.
‘In the heat of the moment Alexander ran to a helicopter pad and jumped off.’