669 prison inmates to be treated of scabies 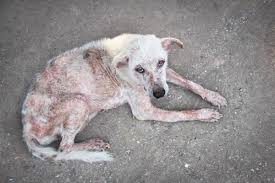 No fewer than 669 inmates from Gombe Prison would benefit from the treatment of scabies embarked upon by the Gombe state Ministry of Health.

Dr Joshua Abubakar, the Director of Public Health in the ministry said this on Wednesday at a ceremony to commence the programme.

Abubakar said that the treatment and intervention programme had become necessary following the outbreak of the disease in the prison.
He said the disease had become an issue of public concern, hence, the need to treat the inmates.

The director said the diseases was commonly found in places that were overcrowded like boarding schools, prisons, and other related public institutions.

“The inmates are our brothers and sisters; we need to eradicate the disease among them before it extended to other communities” he said.

According to him, there will be health education on personal hygiene for the inmates before fumigating the prison.

“We want to prevent subsequent outbreak” he said.

Ishaya said that Gov. Ibrahim Dankwambo of Gombe State was very passionate on the issue of public health in the state.

The commissioner said that the state government was aware of the challenges at the prison, especially, in the area of health and it was prepared to intervene at all times.

Earlier, Gov Ibrahim Dankwambo said that his administration would continue to assist the inmates while declaring the ceremony open.

Dankwambo represented by the Commissioner for Special Duties, Alhaji Usman Ribadu, urged the inmates to make proper use of the health items given to them.

The deputy controller in charge of Gombe Central Prison, Mr Abba Mohammed, who received the health intervention, said 53 out of the 669 inmates in the prison, were infected by the disease.

He promised the state government that the items would be utilized for the purpose they were meant to serve.

The items provided include: cartons of antiseptic, cartons of Tetmosol, bags of detergent and chemicals for the fumigation of the prison.