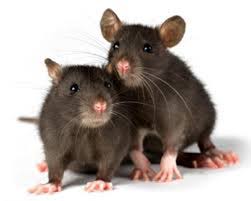 The Rivers ministry of health has confirmed a case of Lassa fever in a private health facility in the state.

The commissioner for health, Dr Theophilus Odagme, disclosed to newsmen in Port Harcourt on Wednesday that the patient had been managed, fully recovered and discharged.

He said the ministry was collaborating with the World Health Organisation (WHO), the private hospital and family of patient to ensure that the process of decontamination and contact are effectively carried out.

“ Right now, we pray it does not pose further threat to the state.

“ Indeed, we had a patient in a private hospital in the state. The patient was diagnosed and expertly managed and has been discharged.

“The primary and secondary contacts are being followed and the other processes of decontamination are all on,” he said.

According to Odagme, the patient did not die while the ministry is doing necessary follow-up

“We are following up with all the contacts. We are also ready if there are eventualities with the contacts, we will move them to the special centre in Emohua local government,” he said.

The commissioner advised residents of the state not to panic because the government was on top of the situation.