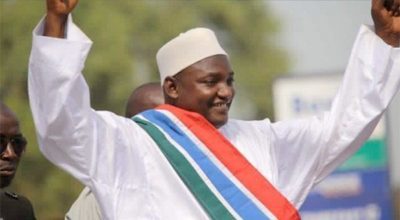 President Adama Barrow of The Gambia

Adama Barrow, the man expected to be sworn in today as Gambia’s new president, has declared Alhaji Yahya Jammeh’s era over.

“My dearest Gambians — the presidency of Yahya Jammeh is officially over. The new era of Gambia is here at last. #NewGambia“, Barrow wrote on his Twitter handle this morning.

Barrow, going by the vows of West African leaders, is expected to be sworn in today. Where it will be done, is yet unclear as Jammeh ignored military threats and stay put in Banjul, refusing to step down.

The country’s national stadium was initially the choice venue for the swearing in. But Barrow’s spokesman Halifa Sallah said he would be sworn in an undisclosed location.

Mauritanian President Mohamed Ould Abdel Aziz who initiated a last minute effort to break the political deadlock by visiting Jammeh on Wednesday said Jammeh was adamant about hanging on to power.. 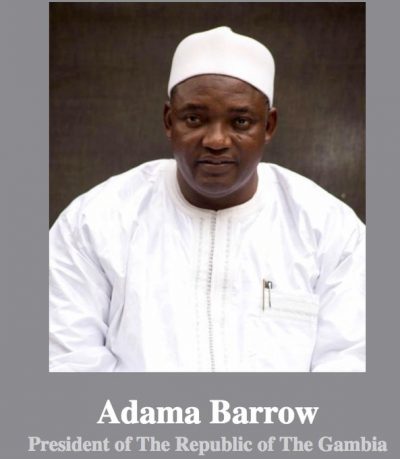 Mr Abdel Aziz flew in to the Gambian capital Banjul on Wednesday evening to meet Mr Jammeh before flying on to Dakar airport for further discussions with Mr Barrow and Senegal’s President Macky Sall.

After the talks, Aziz’s plane left Dakar at about 1:45 a.m.(0145 GMT), a Reuters witness saw. Aziz spoke with Barrow and Sall at the airport in Dakar. About 30 vehicles with tinted windows then sped away from where the talks took place. 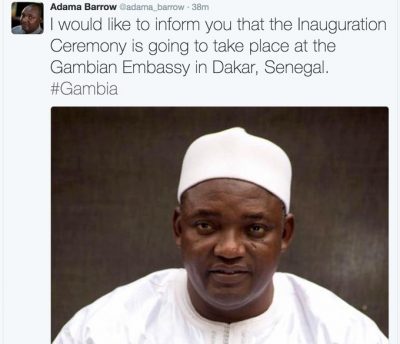 “I am now less pessimistic [that Mr Jammeh] will work on a peaceful solution that is in the best interest for everyone,” Mr Abdel Aziz said.

The BBC reports that Senegalese troops remain stationed at the Gambian border, and it is not clear whether they have begun a move into the country.

The threat of military action is supported by Nigeria and other states in the region.

However Gambian army chief Ousman Badjie said his troops would not fight Senegalese forces should they enter into the country, AFP news agency reports.