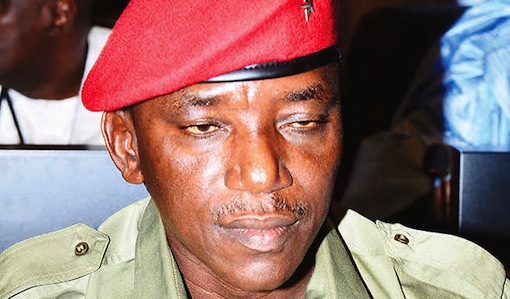 The National Sports Festival (NSF), the country’s biennial multi-sports competition organised by the Federal Government will hold this year, the Minister of Youths and Sports Development, Solomon Dalung has said.

The Minister made the disclosure on Friday in Makurdi at an interactive forum with the Executive Council of the Sports Writers Association of Nigeria (SWAN), Benue Chapter.

He said that budgetary allocation for the hosting of the festival was made this year.

According to the minister, such festival serves as a development and training event to assist athletes prepare for continental and international meets.

“The NSF is supposed to be an avenue where youths will showcase their skills,’’ he said.

The minister noted that the event was also important for Nigerian’s preparations for Tokyo 2020 Olympic Games.

The Minister said that it was now left for the National Sports Commission to determine where and when it will hold.

“They will ensure that all the facilities for the event were ready before the festival,’’ he said.

Dalong said the festival for some years was billed to take place in Calabar, the Cross River capital in 2014 but had suffered several postponements.

The festival is supported by the National Sports Commission for athletes from the 36 States of Nigeria.

The festival started in 1973 at the National Stadium, Surulere in Lagos, involves all indoor and outdoor sports, and was originally conceived as a “unifying tool’’.

It has as its main purpose, the promotion of peace and cross-cultural affiliation in Nigeria after the Nigerian Civil War in 1970.