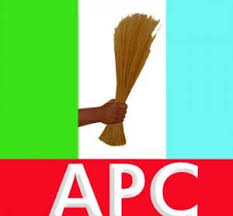 The All Progressives Congress (APC) in Kebbi, has commenced moves to lure two prominent members of the Peoples Democratic Party (PDP) to join the party.

Alhaji Sani Hukuma, a chieftain of the APC, and chairman, Kebbi State APC elders’ forum, made the disclosure on Friday in Birnin Kebbi while addressing newsmen.

He said that the leadership of the party is making efforts to lure Alhaji Saidu Dakingari, the former governor and Alhaji Musa Dan-Illela, PDP state chairman to defect to the APC.

“Yes, I led a delegation to the state chairman of the PDP; he organised an unprecedented dinner to welcome us to his house.

“We are still consulting the former governor Alhaji Saidu Dakingari to join our fold in order to move the state forward.

“As soon as the consultation is over, the opposition is over in Kebbi,” he said.

Hukuma said that Alhaji Atiku Bagudu, the incumbent governor, supported his predecessor during his (Dakingari’s) two terms in office.

“Some hypocrites, who were bent on ensuring that the state is not united, caused the misunderstanding between them by spreading unfounded rumour,” he said.

The APC chieftain commended President, Muhammadu Buhari for appointing an indigene of the state, Alhaji Abubakar Malami as Minister of Justice.

He described the minister as a “man of honesty and integrity.’’

“Malami is a man who is respected throughout the country; he is patriotic and loyal to traditional leaders.

“He is not corrupt and has dedicated his time to his profession. Buhari made a good choice by appointing him minister.

“We support the President’s decision and we will vote for Buhari should he decide to contest in 2019,” Hukuma said.