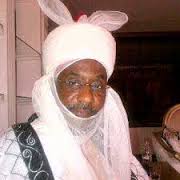 The emir of Kano Mallam Muhammad Sanusi II has called out wealthy northerners to stop building mosques and to stop early marriage of the girl child and start educating female children, since majority of these girls can barely read and write.

“I’m just tired of people coming to me to say I want to build a new mosque. You know, we keep building mosques and our daughters are illiterates.

According to him, over 50 per cent of girls between the age bracket of 18 and 20 were given out in marriage in this part of the country.

He added that the worrisome dimension of it was that 75 per cent of them could neither read nor write.

Calling for a review of laws to prevent early marriage and encourage girl-child education, he said,