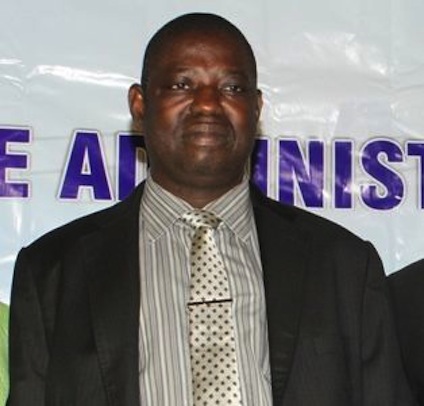 A Federal High Court in Lagos on Friday fixed Jan. 24 for the continuation of the trial of a former Acting Director-General of NIMASA, Haruna Jauro, who is facing a N304.1 million fraud charge.

Jauro, who assumed leadership of the Nigerian Maritime Administration and Safety Agency (NIMASA), is charged by the Economic and Financial Crimes Commission (EFCC) alongside Dauda Bawa and Thlumbau Enterprises Ltd on 19 counts bordering on fraud.

The defendants, who were arraigned on April 12, 2016, had pleaded not guilty to the charges.

The court admitted them to a bail in the sum of N5 million each with two sureties each in like sum.

The case which was scheduled for the continuation of the trial was stalled on Friday as the court could not sit.

Justice Mojisola Olatoregun was said to be away on an official assignment, while the trial was rescheduled for Jan. 24.

Jauro took over as DG of NIMASA from Patrick Apkobolokemi, who is also being prosecuted alongside others over alleged multi-billion naira fraud.

The EFCC alleged that Jauro and others had conspired to defraud NIMASA of N304.1 million between January 2014 and September 2015.

The anti-graft agency also alleged that the accused converted the amount to their private use, an offence which contravenes the provisions of Section 15(1) of the Money Laundering (Prohibition) (Amendment) Act, 2012.