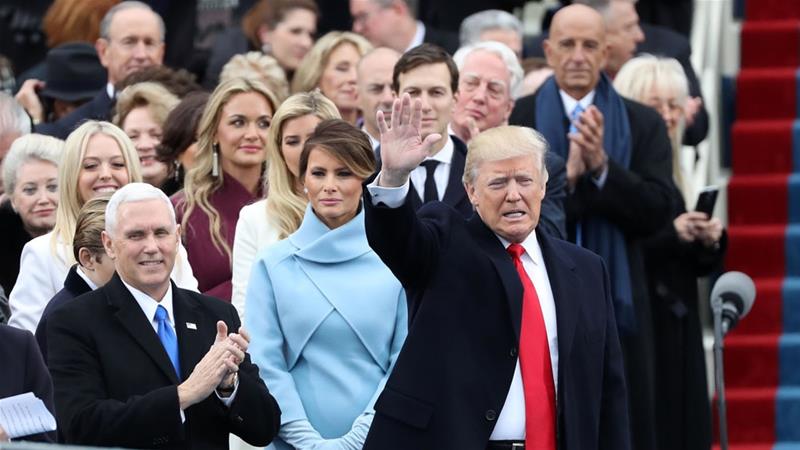 Donald Trump was sworn in as the 45th president of the United States on Friday, 6 p.m. Nigeria time, succeeding Barack Obama.

Trunp, wearing a dark suit with red tie, is taking control of America in a transition of power that he has declared will lead to “America First” policies at home and abroad.

Trump raised his right hand and put his left on a Bible used by Abraham Lincoln and repeated a 35-word oath of office from the U.S. Constitution, with U.S. Chief Justice John Roberts presiding.

His oath of office was administered by Supreme Court Chief Justice John Roberts.

The Correspondent of the News Agency of Nigeria (NAN) reports that the Vice Presidential oath of office was administered by Supreme Court Justice Clarence Thomas.

Trump, in his inaugural address, thanked former president Obama and former First Lady for “being gracious to see the transition went smoothly.

“January 20, 2017 will go into history as a day that the people become the president of this country again,” Trump added.

“The oath of office I take today is the oath of allegiance to all Americans,” the president said.

He also promised to concentrate on the security of the country, lamenting that the America spent trillions of dollars to secure other peoples.

He promised to make affordable education, healthcare and housing the hallmark of his administration.