Buhari is alive and kicking - Presidency 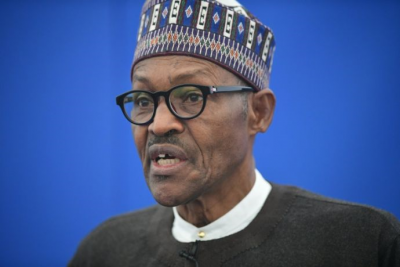 Adesina said: “Best wishes to all who wish PMB well.

“As for those who carry evil rumours, may they receive grave to repent.’’

Shehu also dismissed the rumour that President Buhari was dead as being speculated by mischief makers.

He also described as false and untrue the report that the President was flown to Germany.

Shehu said: “He is alive and well! President Buhari is not magical. He cannot be holidaying in the UK and be in Germany, dead or alive at the same time.

“He is unlike a past President who was at Ota, with Chief Obasanjo and attending the Trump inauguration in D.C, being in two places at the same time!’’

President Muhammadu Buhari left Abuja for the United Kingdom on Thursday on a short leave, which is part of his annual vacation.

Adesina, the President’s Special Adviser on Media and Publicity, who made this known, on Thursday, said: “During the vacation, the President will also undergo routine medical check-ups.

He said that in line with Section 145 (1) of the 1999 Constitution (as amended), the President of the Senate, and Speaker, House of Representatives, had been duly communicated.

“While away, the Vice President, Prof Yemi Osinbajo, will perform the functions of the Office of the President.”(NAN)