Rainstorm renders many homeless in Ekiti 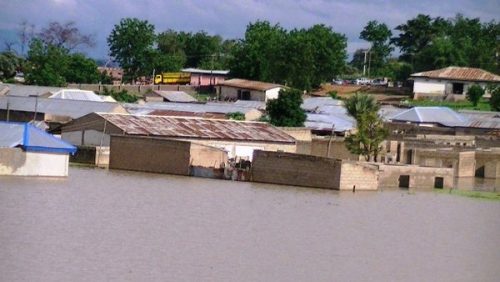 No fewer than 100 residential buildings were on Saturday destroyed in some towns in Ikole Local Government Area of Ekiti state by rainstorm.

The incident which residents said began at about 4 p.m., affected towns such as Odo Oro, Temidire, Oke Ijebu and Aiyedun, all in Ikole LGA.

The first rain of the year, which lasted for only 40 minutes, also ravaged farmlands, destroying crops and other economic trees.

Aside the houses, other property destroyed by the rainstorm included schools and church buildings.

A branch of Christ Apostolic Church (CAC) Odo-Oro Ekiti and a car packed under the tree in the town were particularly badly damaged by the incident.

Some of the victims, who managed to speak with newsmen on the effect of the rainstorm, appealed to both the state and local government to come to their aid.