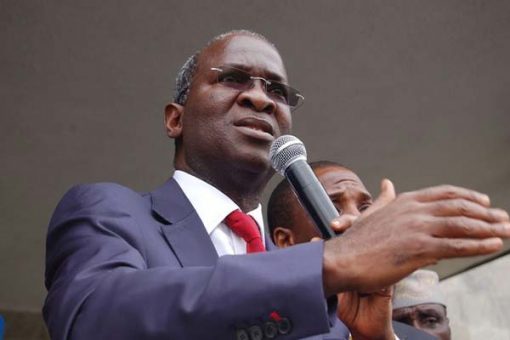 Motorists plying the 3rd Mainland Bridge in Lagos have been attacking the Minister of Works, Power and Housing, Babatunde Raji Fashola over the ongoing repair works on the bridge.

Many of them have taken to the social media to vent their anger at Fashola over the long hours they spent on the bridge before getting to their destinations.

Some of them accused the minister of insensitivity by not informing them earlier of government’s intention to commence repair works on the bridge.

Following the ongoing repair works on the bridge, a twitter user, @Miz hazy complained that she spent nine hours on the bridge on Friday.

Another twitted: ”Na wao, this Fashola man no send us o. which kind suffering be dis.”

Majority of them called on the minister and his team to complete the repairs quickly so that they could carry on their activities without delay.