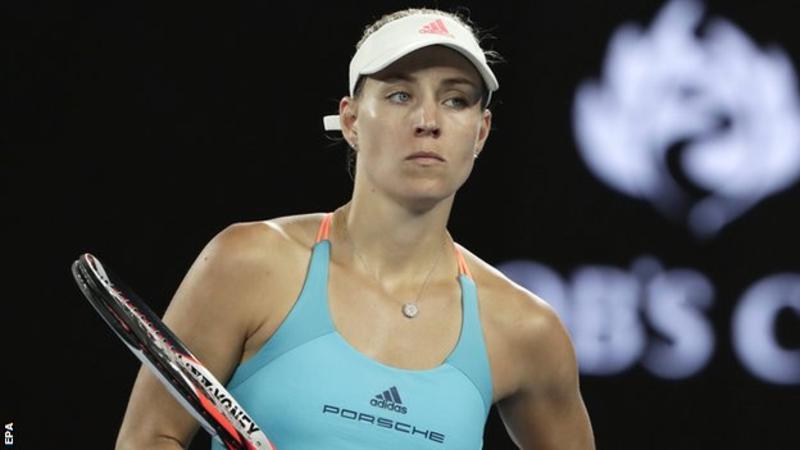 German Kerber, 29, claimed Grand Slam titles at Melbourne and the US Open last year, but lost 6-2 6-3.

The 36-year-old seven-time Grand Slam champion – the oldest player in the women’s singles – won 6-3 7-5 and will take on Anastasia Pavlyuchenkova, who beat fellow Russian Svetlana Kuznetsova 6-3 6-3.

Vandeweghe’s victory was her first against a world number one and takes her to a Grand Slam quarter-final for the second time in her career, after reaching the last eight at Wimbledon in 2015.

It meant the top seed from the women’s and men’s draws both left the competition on day seven, after Andy Murray’s shock defeat by Germany’s world number 50 Mischa Zverev.

Vandeweghe had Kerber on the defensive for much of their 68-minute contest, closing out the first set with ease after breaking in the sixth game.

And even though Kerber was able to break immediately in the second set, Vandeweghe won four successive games from 3-2 down for the biggest win of her career.

“It was really special,” she said. “Beating the world number one on any stage and any place is great. I’ll take this one.

“I wasn’t feeling confident – I guess I faked it. I was nervous, but I had a game plan to execute and I knew that as along as I kept picking my spots, I had a chance.”