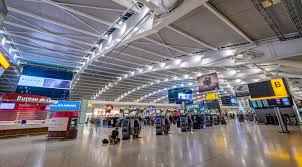 London’s Heathrow Airport said it had cancelled approximately 100 out of about 1,300 scheduled flights on Monday as foggy weather reduced visibility at Europe’s busiest hub.

The airport, located to the west of London, operates at full capacity meaning it struggles to fit in its full schedule when weather conditions mean aircraft need to leave longer gaps on the runway.

“Some passengers may experience disruption to their journeys today,” Heathrow Airport said in a statement on Monday.

It noted that “passengers should check their flight status with their airline before coming to the airport.”

The British Government gave Heathrow Airport permission to add a third runway last October but it was not due to be built until 2025.

Gatwick Airport, the country’s second busiest airport to the south of London, said it had cancelled one flight.