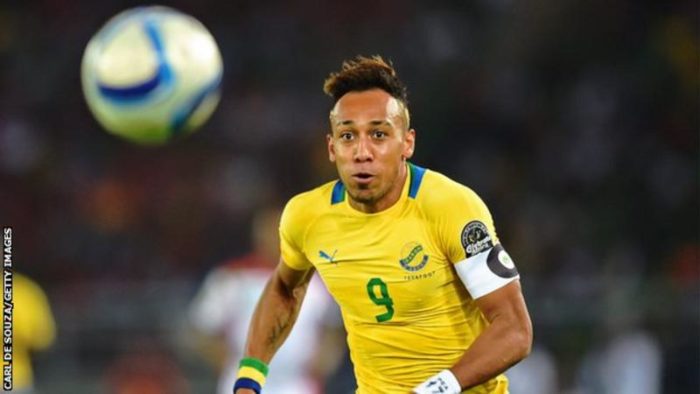 Gabon striker Pierre-Emerick Aubameyang believes insufficient time together led to the hosts’ group-stage elimination from the Africa Cup of Nations.

The Panthers needed to beat Cameroon on Sunday but could only draw 0-0.

Aubameyang said: “It is really annoying because we had chances. Sadly there are days when it doesn’t go in, like my first chance from two metres out. We are all really disappointed. We didn’t really have the time to prepare (for the tournament).”

Aubameyang reacted angrily after final whistle, storming off, kicking a ball off the pitch and not shaking hands with anyone.

Coach Jose Antonio Camacho told him to calm down but Aubameyang waved him away as he walked down the tunnel.

“Of course everyone is disappointed, it is usual in these situations,” said Aubameyang. “The players feel it the most.”

Aubameyang also appeared to be unhappy that the team did not begin their preparations for the tournament on 3 January as planned.

“We did not start on that date, we started a little bit late,” he said. “But I am really proud of all the players, because everyone gave their all.

“I think we were stronger than every other team in the group, but it is about everything, the preparation, the change of coach, it wasn’t easy.”

Spaniard Camacho was appointed as Gabon coach only 43 days before the tournament started, replacing the sacked Jorge Costa.

It was always going to be a tough task for him to creative a cohesive unit with the players and Gabon misfired at the tournament, drawing all of their games and only managing to score two goals.

Camacho believes conceding a late equaliser to debutants Guinea-Bissau in their first game set them back and they failed to recover.

“I am very sorry for the fans. And the players, who did their best. I think today we did not qualify because we dropped two points in the first match against Guinea-Bissau,” he said.

“The most important thing is to score goals. Against Burkina Faso we had lots of opportunities but did not score and the same was true against Cameroon.

“The reality in football is if you do not score goals you cannot qualify.”

Burkina Faso qualified for the quarters-finals as Group A winners and Cameroon joined them as runners-up.