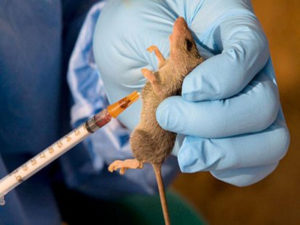 The commissioner said on Monday via telephone interview in Jos that 80 per cent of the mortality rate was due to late presentation of patients to health care facilities.

Deyin said “the mortality rate is as high as 80 per cent; the reason is that people are reporting very late, Lassa fever is best managed when patients start taking the drug within the first week of contracting the disease.

“The symptoms are similar to that of malaria such as nausea, body weakness and joint pains; it is at advanced stage that symptoms such as bleeding from the eyes, nose, mouth or private part occur.”

The commissioner, who said that getting the drug for the management of Lassa fever was difficult as it was not readily sold in the open market, added that the state was trying to access the drugs from the Federal Ministry of Health.

He said the state ministry had, however, alerted healthcare workers in the state to be on alert and to have “high index of suspicion.”

He explained that such suspicion meant that when a patient had symptoms of malaria and
was treated for it and was still not getting better, further investigation should be carried out to ascertain if was Lassa fever.

The commissioner noted that the ministry had commenced sensitisation in Jos-Bukuru metropolis and in the 17 local government areas of the state to enlighten the people on how to prevent the disease.

“Lassa fever is transmitted through the urine and excreta of rats which serve as reservoir for the Lassa virus and the rodent is usually attracted to dirty and flirty environment.

“The ministry, through sensitisation, educates the populace on the importance of keeping clean environment and on the need to ensure that foods are stored in rodent-proof containers and to desist from drying food items on the roadside since rats can urinate and defecate in them.

“We embarked on this social mobilisation because we believe that prevention is better than cure.’’

Deyin said the ministry also liaised with traditional and religious leaders on the need for them
to sensitise their congregations on the importance of promoting good community and personal hygiene as means of discouraging rodents from entering their houses.