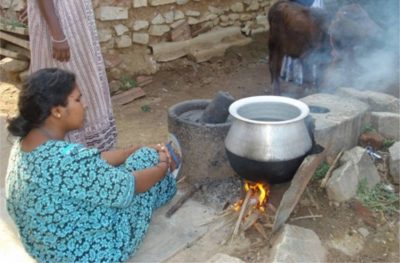 Some landlords and tenants in Anambra are at war over the use of charcoal and firewood for cooking following the high price of kerosene in the state.

The landlords said in Awka on Wednesday that tenants were constituting nuisance with the use of charcoal as alternative fuel for cooking.

A landlord in Awka, Mr Christian Izunagu, said that it was becoming nuisance as over four of his tenants now use charcoal.

“I painted my compound last year but go there now you will see the evidence of charcoal usage on the wall and I have warned them repeatedly.

“I have told them that they will repaint the walls for me for peace to reign,” he said.

Another landlord, Mr Chika Udeogu, described the use of charcoal as irritating, adding that “I leave in the same compound with them and I am considering evicting those that use charcoal.

“I want a decent environment since the compound is cemented all over,” he said.

Mr Ikechukwu Idika, a trader, said that he had no alternative when he acquired the burner and charcoal in this period of recession.

“I bought charcoal burner for just N1,000, and with N200 worth of charcoal it can cook about three different meals which a litre of kerosene that sells for N400 now cannot cook,” he said.

Mrs Njideka Okoye, a civil servant, said that it was obvious that “the black man can always make a way where there is no way.

“With the high price of kerosene and cooking gas, charcoal has now come to our rescue due to the fact that we can’t use firewood in township.

“In some cases some residents still have their landlords to contend with in their quest to use charcoal that has economic value,” Okoye said.