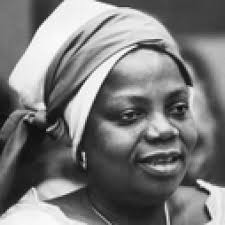 Veteran author and literary icon, Buchi Emecheta died in London on Thursday at the age of 72.

The cause of her death is still unknown.

President, Association of Nigerian Authors, ANA, Denja Abdullahi said the death was a big loss to the Nigerian literary world, saying that Emecheta would forever be remembered for championing the agenda of the girl child through her works.

“We have lost a rare gem in this field. Her works would forever live to speak for her. It is a sad loss to our circle and we pray that God would give the family the fortitude to bear the loss. She was known for championing the female gender and we would forever miss her,” he told Daily Post.

Emecheta, born on 21 July 1944 was a Nigerian novelist, based in Britain since 1960, who had also written plays and autobiography, as well as for children.

She was the author of more than 20 books, including Second-Class Citizen (1974), The Bride Price (1976), The Slave Girl (1977) and The Joys of Motherhood (1979). Her themes of child slavery, motherhood, female independence and freedom through education won her considerable critical acclaim and honours, including an Order of the British Empire in 2005.

Emecheta once described her stories as “stories of the world…[where]… women face the universal problems of poverty and oppression, and the longer they stay, no matter where they have come from originally, the more the problems become identical.” She had been characterised as “the first successful black woman novelist living in Britain after 1948.”

Her father was a railway worker in the 1940s. Due to the gender bias of the time, the young Buchi Emecheta was initially kept at home while her younger brother was sent to school; but after persuading her parents to consider the benefits of her education, she spent her early childhood at an all-girl’s missionary school.

Her father died when she was nine years old. A year later, Emecheta received a full scholarship to the Methodist Girls School, where she remained until the age of 16 when, in 1960, she married Sylvester Onwordi, a student to whom she had been engaged since she was 11 years old.

Onwordi immediately moved to London, UK, to attend university and Emecheta joined him. She gave birth to five children in six years. It was an unhappy and sometimes violent marriage (as chronicled in her autobiographical writings such as Second-Class Citizen).

To keep her sanity, Emecheta wrote in her spare time; however, her husband was deeply suspicious of her writing, and he ultimately burned her first manuscript; she has said that The Bride Price, eventually published in 1976, would have been her first book but she had to rewrite it after it was destroyed: “There were five years between the two versions.”

At the age of 22, Emecheta left her husband. While working to support her five children alone, she earned a BSc degree in Sociology at the University of London.

She began writing about her experiences of Black British life in a regular column in the New Statesman, and a collection of these pieces became her first published book in 1972, In the Ditch. The semi-autobiographical book chronicled the struggles of a main character named Adah, who was forced to live in a housing estate while working as a librarian to support her five children.