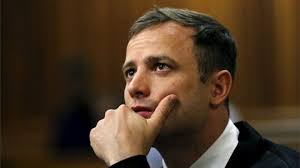 Gerrie Nel, the South African prosecutor who obtained a jail sentence for Olympic sprinter Oscar Pistorius for killing his girlfriend has resigned, a spokesman for the National Prosecuting Authority (NPA) said on Tuesday.

Pistorius was the double-amputee Olympic sprinter who killed his girlfriend Reeva Steenkamp by firing four shots through a bathroom door in his Pretoria home on Feb. 14, 2013.

“Nel informed the NPA about his resignation on Monday.

“He cited he wanted to pursue other interests outside the NPA,’’ Luvuyo Mfaku told newsmen.

Report says Nel soared to international fame when he became the chief prosecutor in the trial of double-amputee Olympic sprinter Pistorius.

Nel initially obtained a five-year sentence for Pistorius after Judge Thokozile Masipa accepted the athlete’s argument that he mistook the model for an intruder.

In July 2016, the Supreme Court of Appeal found him guilty of murder and raised the sentence to six years.

Earlier on in his career, Nel was junior prosecutor in the case of the 1993 murder of anti-apartheid activist Chris Hani.

He also prosecuted former police chief and ex-Interpol president Jackie Selebi, for whom he obtained a 15-year sentence for corruption in 2010.