We are now in better position to beat Cameroon – Eguavoen 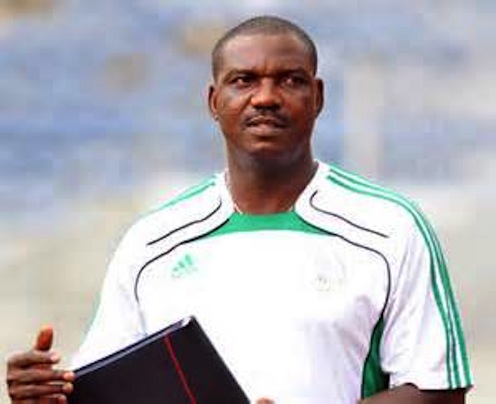 Austin Eguavoen, a former coach of the Super Eagles, has said that the Eagles are now in a better position to beat the Indomitable Lions of Cameroon, the current African champions, in their World Cup qualifiers in August.

Like Eguavoen, another ex-player of the Super Eagles, Edema Fuludu, shared a similar opinion, when they spoke in separate interviews with newsmen in Benin on Monday.

The victory, however, seemed to pose a nightmare to soccer fans as the Eagles would confront the Lions in a doubleheader, for Russia 2018 qualifiers in August.

Both ex-internationals said the Lions, being the African champions, would make the Nigeria national team to be better prepared for the August clash.

Eguavoen said he remained upbeat about Eagles chances in the August clash in spite of Cameroon’s emergence as African champion, adding that Nigerians have nothing to worry about.

He, however, said that he was not surprised at the victory of the Indomitable Lions that lifted the AFCON trophy in Gabon.

“The victory will give them serious boost no doubt, but it will also make our players not to relax, but be better prepared for the August match.

“Cameroon will be coming here with all their arsenals, including those who didn’t participate in Gabon, but we have a good team with a blend of young and experienced players that will beat the African champion.

“The worst case scenario is for us to beat them here and get an away draw, ” Eguavoen said.

On his part, Fuludu, who said no doubt that the Lions are a good team, stressed that the Eagles were capable of getting a good result from them.

According to him, “It would have been better that the match is played next month as Cameroon will still be basking in the euphoria of the AFCON victory to take us for granted.

“But this notwithstanding, we still have time to prepare and we will be better prepared now that our opponent is champions of Africa.

“We have the players and experienced coaching crew to get a better result from the matches; both home and away with Cameroon.’’

The Super Eagles top the group with six points, followed by Cameroon with two points from two matches.