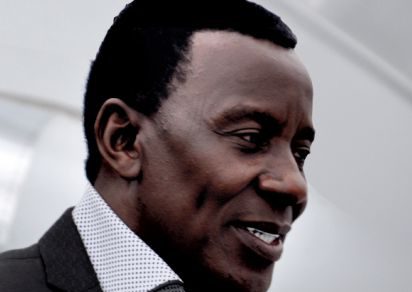 Mohammed, a former member, presidential team investigating the arms deal, is standing trial over allegations of money laundering, possession of firearms and violation of the provisions of the Official Secret Act.

At the resumed trial on Tuesday, counsel to Mohammed, Mr. Hassan Liman (SAN) told the court that he had an application on behalf of his client seeking the court’s permission to travel.

“The case has been set for trial today, however, we have filed an application this morning on behalf of the defendant to seek the leave of the court to enable him attend to an urgent medical treatment.”

Liman told the court that Mohammed was suffering the consequences of a plane crash he had while still in service as an officer.

According to him, the permission to travel for medical treatment was by no means a ploy to truncate the trial but only to ensure that he was fit to attend to his trial.

He prayed the court for a short adjournment to enable the prosecution go through the application.

Prosecuting counsel, Mr. Shuaibu Labaran, told the court that even though he conceded to the application for adjournment, he wanted it on the court’s record that he came prepared for the commencement of trial.

“The prosecution came prepared to go on with the matter but we are confronted with the application filed by the learned SAN for the defendant.

“We have all our witnesses in court to prove our case and so we are more than ready to proceed with the trial.”

Justice John Tsoho adjourned the matter till Feb. 16 to hear the application.

The Department of State Service (DSS) arraigned Mohammed in July 2016 over allegations bordering on of money laundering.
The subject matter of the charge was principally the sum of$1.30 million whose naira equivalent was about N400million.