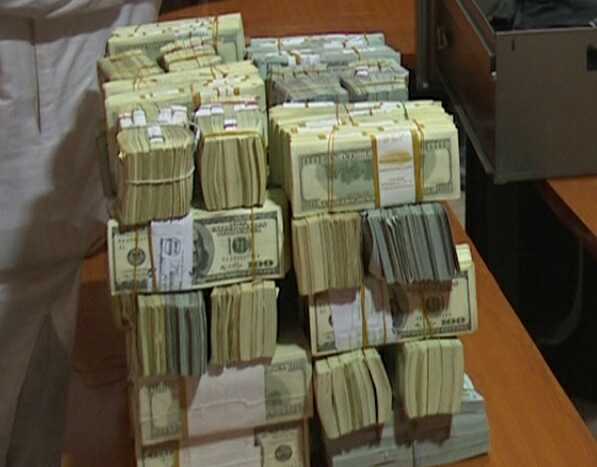 A Federal High Court sitting in Kano presided over by Justice Zainab B. Abubakar has ordered the forfeiture of the sum of $9,772,000 and £74,000 recovered from a former Group Managing Director of the Nigerian National Petroleum Corporation, NNPC, Mr. Andrew Yakubu to the Federal Government.

The order was sequel to an ex parte application by the EFCC seeking an interim forfeiture of the recovered money to the Federal Government.

The ex parte application was moved by Salihu Sani, counsel for the applicant.

In her ruling, Justice Zainab held “That the sum of $9,772,000 (Nine Million, Seven Hundred and Seventy Two Thousand United States Dollars) and £74,000 (Seventy Four Thousand Pound Sterling) which are now in the custody of the applicant (EFCC) are in the interim forfeited to the Federal Government of Nigeria”

It would be recalled that, on the 3rd day of February, 2017, operatives of the Commission had stormed a building belonging to the former NNPC boss and recovered a staggering sum of $9,772,000 (Nine Million, Seven Hundred and Seventy Two Thousand United States Dollars) and £74,000 (Seventy Four Thousand Pound Sterling) stashed in a huge fire proof safe. On February 8, 2017, Yakubu reported to the Commission’s Kano Zonal Office where he admitted being the owner of both the house and the money recovered.

Yakubu is still in custody assisting the investigation.