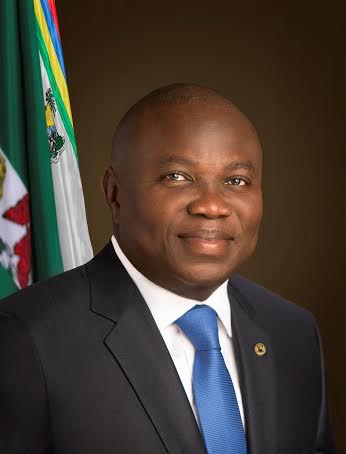 The Government of Western Region had in 1958 acquired a vast area of Land measuring 5000 acres for public purposes. The land acquired was within Badagry, Ikeja and Lagos.

After the creation of Lagos State, the area of land which fell within the State was an area amounting to approximately 929.6 acres.

However, in 1979, 34 persons who were affected by the acquisition approached the Lagos State Lands Tribunal for the purpose of determining the compensation payable to them for the acquisition of their land.

Dissatisfied with the decision of the Tribunal and failure of Lagos State to immediately pay the compensation, the Akingbaiye Family and 23 others (appellants) on December 27, 1985 filed an originating summons at the Lagos High Court against the then Military Governor of Lagos State and the Attorney General of the State claiming payment of interest on the judgment sum.

The Court entered judgment for the appellants but they were dissatisfied with the judgment only on the issue of interest and consequently filed an appeal.

In 2002, the Court of Appeal, Lagos division dismissed the Appeal, while the appellants then appealed to the Supreme Court.

The appellants represented by L.A.O Nylander filed their Brief on May 31, 2016, while the State Government’s brief was filed in June 28, 2016.

While arguing the case, Lagos State Attorney General and Commissioner for Justice, Mr Adeniji Kazeem contended that the High Court lacked jurisdiction to entertain the matter in view of the provisions of Section 16 of the Public Lands Acquisition (Miscellaneous Provision) Act of 1976 which confers exclusive jurisdiction on the Lands Tribunal to decide issues in respect of compensation payable on lands acquired by the government.

Kazeem further argued that where a party is dissatisfied with the decision of the Lands Tribunal, the proper Court to approach was the Court of Appeal and not the High Court as was done by the appellants in the instant Appeal.

After considering submissions by the parties to the suit, the Supreme Court held that the decisions of the High Court of Lagos and the Court of Appeal were null and void in view of the fact that the two courts lacked jurisdiction to entertain the matter, adding that something placed on nothing is bound to fall.

“The appellants were wrong to come to High Court to seek the award of interest on the judgment debt and payment of judgment debt. They ought to have set in motion the process to enforce the judgment and appeal for interest rather than come by way of originating summons,” the Supreme Court held and thereby dismissed the appeal.

By the Judgment, the Lagos State acquisition of the Land in question is further affirmed and the appellants’ claim for interest since 1979 in respect of the compensation was dismissed.

The State is also not liable to pay interest on the amount already paid to the appellants as compensation.