Solar eclipse to occur on Sunday 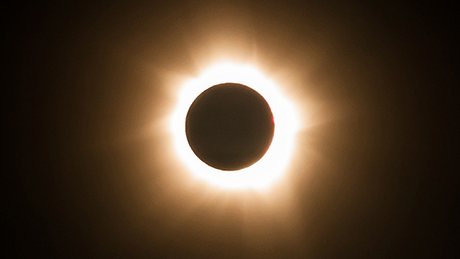 The National Space Research and Development Agency (NASRDA) said on Thursday that there would be a partial Solar eclipse across the country on Sunday.

Dr Felix Ale, Head of Media and Corporate Communications, made the disclosure in a statement in Abuja.

“A partial solar eclipse will be visible all over the country with different degree of totality to occur on Sunday, Feb. 26,’’ he said.

According to Ale, the highest degree of obscurity in the country during the natural occurrence will be observed in the southern part of Nigeria, particularly Port Harcourt, Uyo and Calabar.

He said these areas were expected to have about 33 percent obscurity, while the lowest degree obscurity would be about nine per cent in the northern part of Nigeria, particularly in Kebbi.

He stressed that the solar eclipse would be observed across the nation, thereby making each part of the country a great site for viewing the eclipse at a different degree of obscurity.

According to him, the solar disc will be covered by the moon as seen from the earth and the eclipse will be visible as much as there is clear sky without rain or cloud.

He, however, said there was no cause for alarm or reason to panic as the solar eclipse was a natural occurrence and should be seen as part of the beauties of nature.