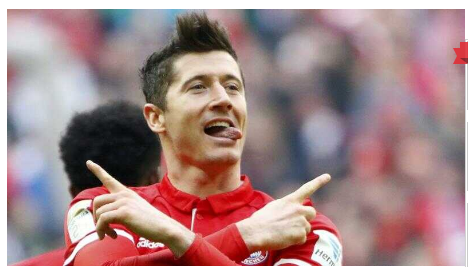 Bayern Munich extended their lead at the top of the Bundesliga to 10 points with a comfortable win over Eintracht Frankfurt, as their title rivals lost.

The Poland striker scored his second of the game after half-time to reach 100 goals for Bayern in his 136th game.

Mario Gomez scored the winner as second-placed Leipzig lost 1-0 at home to Wolfsburg.

Third-placed Dortmund, who beat Benfica 4-0 on Wednesday to reach the Champions League quarter-finals, conceded after 11 minutes away to Hertha Berlin as ex-Chelsea forward Salomon Kalou scored.

Pierre-Emerick Aubameyang scored his 32nd of the season to equalise for Dortmund on 55 minutes, before Marvin Plattenhardt scored Hertha’s winner with a free-kick on 71 minutes.

Bayern, who beat Arsenal 5-1 on Tuesday in their Champions League round-of-16 tie, lead the table on 59 points, with Leipzig on 49 and Dortmund on 43.