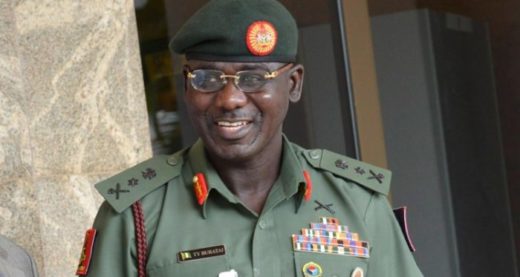 The Nigerian Army Team participating in the on-going second edition of Governor Dickson National Wrestling Classics on Saturday said the club was ready for credible performance and to win medals.

The Team Coach, Warrant Officer Godwill Tiebiri, said at the venue, Samson Siasia Sports Complex, Yenagoa, that winning medals would place them on a good position.

Tiebiri said the team has 22 participants in the game, including male and female for categories.

The coach, who said that the team had fought some bouts, noted that five medals had so far won as at Friday in the male category.

“We have won one gold, two silver and two bronze in male category that was concluded on Friday; the female category will be holding on Saturday.

“So far, so good, we clinch five medals in the male category; I must say that our men are ready and prepared for good outing.

“I urged them to be focused and continue to apply all the techniques they have learnt during trainings.

“On the expected position for this year, well, we hope for third place position; I said third because I know that there are other clubs that are much stronger than us.

Speaking on female in the game, the coach said that it was good as according to him, whatever man can do, women can do it much better.

“The game will make them stronger and fit in the course of serving their fatherland,’’ he said.

Mr Tochukwu Okeke, who won the gold medal for the Army Team, said he was happy for his performance.
The categories in the game include 45 kilogrammes, 55 kilogrammes, 75 kilogrammes and 80 kg, among others.