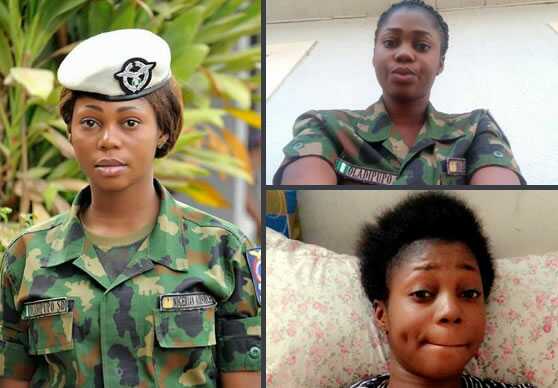 A personnel of the Nigerian Air Force has killed his girlfriend, who is also an Air Force personnel, in a fit of rage.

The incident, which occurred at the Air Force Base in Makurdi, Benue State, is under investigation.

The PUNCH reports that the Public Relations Officer at the base, Wing Commander Emmanuel Iheoma, confirmed the incident, saying that it was under investigation and that more details would be provided in due course.

It was gathered that the killer airman has been arrested and his blood sample taken. He is in the custody of the Air Police in Makurdi.

Friends of the female Air Force woman, Oladipupo Solape, who is known as Shomzy Shomzy to her colleagues, have taken to the social media to express their shock over the incident and mourn her.

“R.I.P Shomzy Shomzy your death is some thing I can’t forget so easily because your military plans is still in your mind. Well I can’t continue crying my dear, all I have to do is to let go of what I can’t change,” one of her friends wrote on Facebook.

Sources said the incident occurred on Sunday morning after the jealous lover accused her of double dating.

The slain personnel reportedly hailed from Badagry and was murdered two weeks after celebrating her birthday.