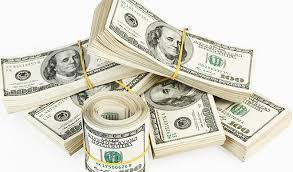 For the second time since President Muhammadu Buhari assumed office in May 2015, Nigeria’s foreign reserves have hit the $30 billion mark.

The latest figures from the nation’s apex bank, (CBN), show that the reserves which have experienced a steady day-on-day increase of between 2.30 and 2.75 % since January 5, 2017, closed the trading week above 30 billion dollars.

The last time the reserves crossed the 30 billion dollar mark was in July 2015, and went as high as $31.63 billion in August of the same year before it began to decline, Channels report.

The reserves were affected by low crude oil prices across the world, which reduced the availability of foreign exchange and in turn, put pressure on the Naira.

The rising reserves may be attributed to oil prices, which have soared as a result of agreed production cuts between OPEC and non-OPEC members.

Since February 2017, the Central Bank of Nigeria (CBN), has been providing foreign exchange to banks to meet the tuition, travel and medical needs of customers, thereby reducing the pressure on the Naira.