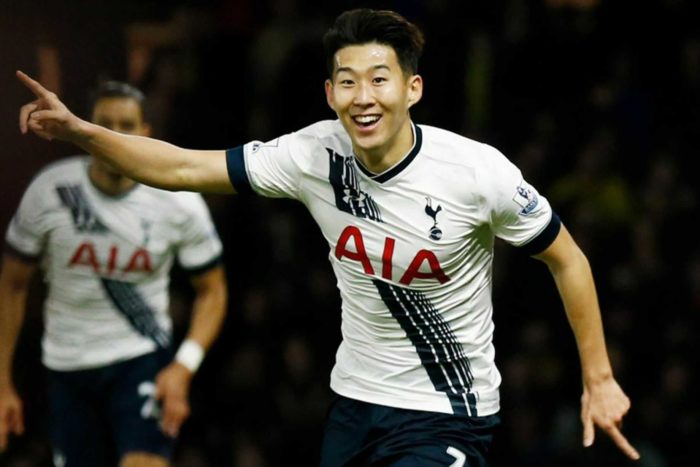 Son celebrate his goals for Tottenham

Son Heung-min scored a hat-trick as Tottenham Hotspur reached the semi-finals of the FA Cup with an easy 6-0 win over League One Millwall but lost striker Harry Kane with an ankle injury.

BBC reports that England striker Kane was replaced after being hurt when Lions defender Jake Cooper tried to block his shot after seven minutes.

Christian Eriksen, Kane’s replacement, opened the scoring with a finish into the bottom corner after Dele Alli’s chest down before Son scored either side of half-time.

Alli tapped home the fourth with substitute Vincent Janssen adding the fifth – his first from open play for Spurs – before Son completed his hat-trick with virtually the last kick of the game after a mistake by keeper Tom King.

Spurs join Premier League rivals Manchester City and Arsenal in the semi-final draw, which takes place at Stamford Bridge on Monday after the final quarter-final between Chelsea and holders Manchester United.