Cybercrimes On The Increase In West Africa 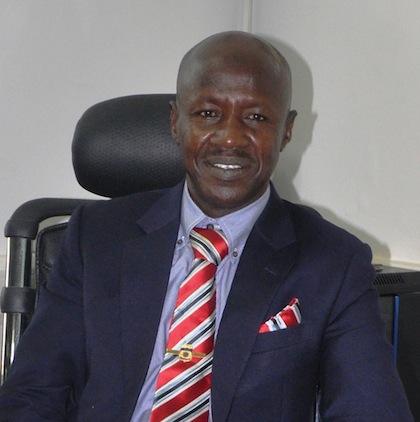 Trend Micro Incorporated, a global leader in cyber security solutions, in collaboration with INTERPOL, on Monday released research on cybercriminal activity in West Africa, “Cybercrime in West Africa: Poised for an Underground Economy,” as part of its ongoing Cybercriminal Underground Economy Series (CUES). Scams targeting individuals and businesses have grown exponentially since 2013.

West African cybercriminal activity is driven by two types of threat actors: Yahoo Boys and Next-Level Cybercriminals. Yahoo Boys, named for their reliance on Yahoo apps to communicate, became the primary type of cybercriminal in this region in the early 2000s. They focus on less technically advanced schemes, including advanced-fee, stranded traveler and romance scams under the supervision of a ringleader. Next-Level Cybercriminals are able to execute more sophisticated attacks, such as Business Email Compromise (BEC) and tax scams. The more complex attacks take more time and investment, but the average BEC scam results in a payout of $140,000, making it worth the extra time and effort.

“Our ongoing collaboration with INTERPOL is aimed at mitigating the risks posed by cybercriminals around the world, with this research specifically focusing on cybercrime in West Africa,” said Raimund Genes, chief technology officer for Trend Micro. “While there is not yet an actual underground marketplace, cybercrime is pervasive in West Africa. Both the approach to cybercrime and the manner in which threat actors communicate lead to a cybercriminal ecosystem unlike any other we’ve experienced thus far. The unique nature of the problem also presents its own set of roadblocks in bringing these criminals to justice.”

One constant finding throughout Trend Micro’s CUES research is that each underground marketplace culturally reflects the region in which it operates, and West Africa is no exception. Cybercriminals here openly communicate, even potentially meeting in person, sharing best practices and encouraging newcomers. This has developed a culture among threat actors that encourages scamming and supporting one another.

“This joint paper shows that criminals across the region are becoming more technically savvy, and this emerging underground market will require an even stronger law enforcement response in the future, both in terms of training for investigators and ensuring the appropriate legislation is in place,” said Noboru Nakatani, Executive Director of INTERPOL’s Global Complex for Innovation (IGCI). “In addition to building awareness of cybercrime-related issues across West Africa and beyond, the research also highlights the importance of public-private partnerships in identifying and arresting criminals, as well as educating businesses and governments about cyber threats.

“The joint paper with Trend Micro and other activities coordinated by the INTERPOL Global Complex for Innovation, demonstrate the Organization’s ongoing commitment to collaborative partnerships to mitigate the damage caused by cybercriminals on the world economy and society,” concluded Mr. Nakatani.

This report further highlights the importance of public-private partnerships in identifying and arresting cybercriminals, as well as educating businesses and governments about cyber threats. Trend Micro and INTERPOL have a longstanding partnership, with joint operations and research leading to the takedown of cybercriminal networks in a collective effort to make the digital world safer for everyone. One such collaboration in 2016 resulted in the arrest of a Nigerian national who had extorted $60 million from businesses around the world using BEC scams.

To learn more about cybercrime in West Africa, visit: https://www.trendmicro.com/vinfo/us/security/news/cybercrime-and-digital-threats/west-african-underground

About Trend Micro
Trend Micro Incorporated, a global leader in cybersecurity solutions, helps to make the world safe for exchanging digital information. Our innovative solutions for consumers, businesses, and governments provide layered security for data centers, cloud environments, networks, and endpoints. All our products work together to seamlessly share threat intelligence and provide a connected threat defense with centralized visibility and control, enabling better, faster protection. With over 5,000 employees in over 50 countries and the world’s most advanced global threat intelligence, Trend Micro enables organizations to secure their journey to the cloud. For more information, visit www.trendmicro.com.