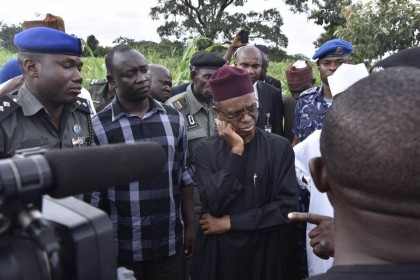 A non Governmental Organization (NGO), Peace Revival and Reconciliation Foundation, said it has began consultation with traditionalists in Southern Kaduna in the efforts to bring about lasting peace to the area.

The Founder of the NGO, Pastor Yohanna Buru said on Monday in Kaduna that the aim was to engage all the three key stakeholders in the recurring conflict in the area.

He said that while most attention had been on Muslims and Christians, a large number of traditionalists were also key stakeholders and must be engaged in the search for peace.

According to him, the group has conducted research on the conflict and discovered that so many traditionalists are not comfortable with Muslims and Christians in the area.

The pastor noted that most of the conflicts in the area were as a result of control over land.

“We are beginning to see how we can talk to the traditionalists, because we are used to the Muslims and the Christians and almost the perspective they give to the whole world.

“It is as if only Christians and Muslims are fighting in southern Kaduna, no, there are so many traditionalists who do not agree with both and are also engaged in the crisis.

“We are doing our underground work to ensure that all groups key into the agenda for lasting peace in southern Kaduna.”

Buru also said that the foundation had been consulting prominent people and groups in the area to promote peace, unity and mutual respect.

He said that the organization had met with the Emir of Jema’a, the Chief of Jaba and other traditional rulers is the area in its search for lasting peace.

Buru advised people living in southern Kaduna to tolerate each other, live in harmony, forgive one another and remember that they must account for their actions before God.