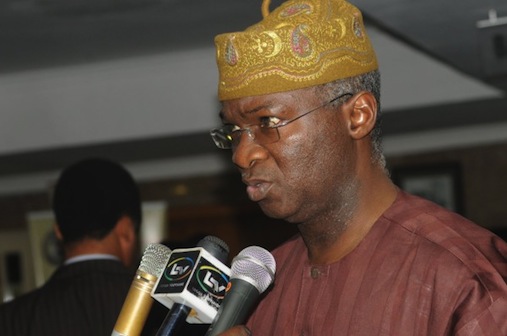 This was revealed in a communiqué issued at the end of  the 13th monthly meeting of the Minister of Power, Works and Housing with operators of the Power Sector, held on Monday, at Transcorp Power Limited, Ughelli, Delta State, South-South Nigeria.

The communiqué disclosed that the meeting received a report on the ongoing audit of debts owed to distribution companies by government MDAs and that the verification team received claims currently estimated at N59.3 billion, subject to further review.

“The report noted that 86% of debt (N51billion) was owed by the top 100 customers, mainly composed of military and defence installations around the country,” it revealed.

The meeting also agreed that in order to enhance investor confidence in the industry, the Federal Executive Council had also recently approved financing to assure payment to GenCos for electricity generated and supplied on the grid

The communiqué re-emphasized the need to react to customer complaints more speedily, while the Nigerian Electricity Regulatory Commission (NERC) reported on improved compliance with submission of audited accounts since the last meeting.

The meeting agreed that NERC would more rigorously perform regulatory duties and that NERC should standardized reporting on financial performance, safety and customer service as a fair basis for ranking distribution companies and other industry operators.