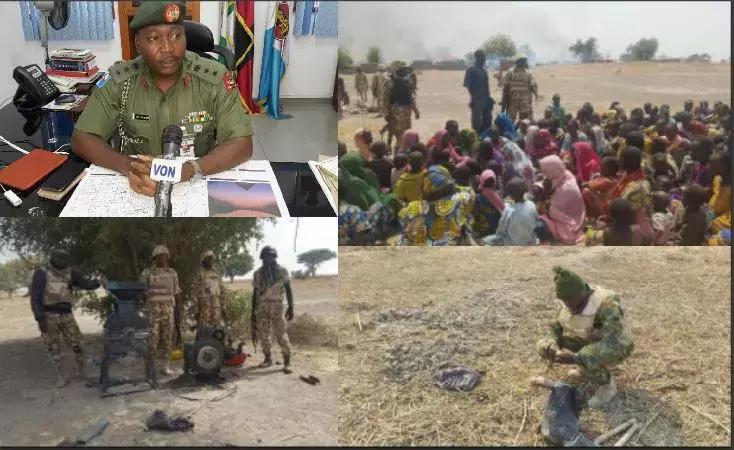 Troops have rescued another 455 people held captive by Boko Haram terrorists, thus bringing the total hostages freed since Saturday to 666.

On Saturday 211 were set free at Cingal Murye and Maja villages in Northern Borno.

Brig.-Gen. Sani Usman, the Army Spokesman said in a statement on Tuesday that the captives were freed in Kala Balge Local Government Area of Borno after a heavy battle with remnants of the terrorists.

Usman said already they had been moved to Rann Internally Displaced Persons (IDPs) Camp after a thorough screening.

The Air Force had mistakenly deployed rockets in Rann in January, killing many civilians following intelligence that terrorists had infiltrated the town with intent to attack.

Usman said the troops neutralised many of the terrorists at Kutila village after they came under heavy attack, while many others escaped into the thick forest in the area with gunshot wounds.

He listed villages cleared of remnants of the terrorists by troops of 112 Task Force Battalion, 22 Task Force Brigade as Artano, Saduguma, Duve, Bordo and Kala.

“The troops recovered one gun truck, one canter vehicle and one pick-up van from the terrorists.

“They also encountered Boko Haram terrorists at Shirawa who withdrew in disarray when they could not withstand the firepower of the troops and abandoned their newly-constructed logistics base, two freshly prepared suicide bombing vests and a maize grinding machine,’’ the army spokesman said.