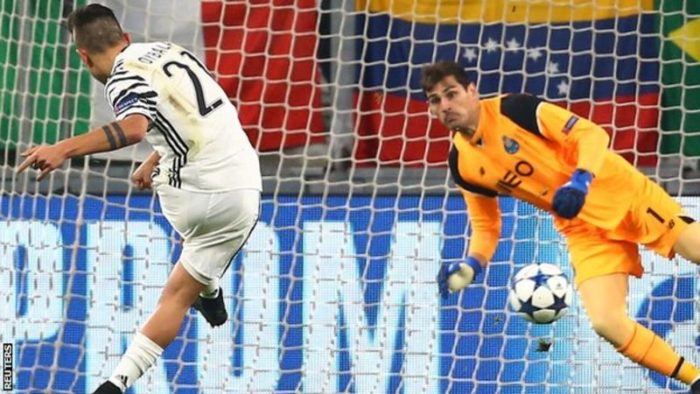 Leading 2-0 from the first leg, Juve sealed the tie when Paulo Dybala drilled in a low penalty after Maxi Periera was sent off for handball.

The hosts played the second half at a canter as they reached the last eight for the second time in four years.

Juve are joined in the last eight by English champions Leicester City, who beat Sevilla in Tuesday’s other game.