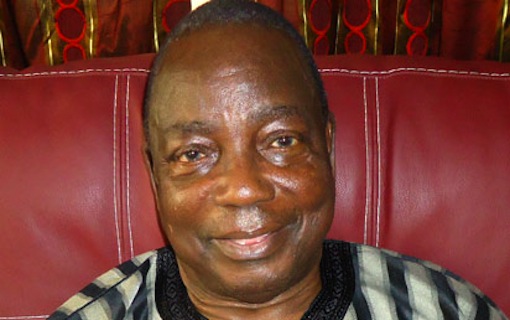 The remains of Dr. Samuel Osaigbovo Ogbemudia, a former military administrator of the defunct Midwest Region and executive governor of old Bendel state, has arrived in Benin, Edo State.

The body which was flown in a Nigerian Air Force jet, marked NAF 029, was accompanied by Col. Idioniboye. The plane touched down at the Benin airport at about 1:20 p.m.

At the airport to receive the body were the governors of Edo and Delta states, Mr. Godwin Obaseki and Dr. Ifeanyi Okowa, respectively, the first son of the former army general, Samuel Ogbemudia Jr and other family members and sympathisers.

The gold-plated wooden coffin bearing the remains of the retired Brigadier-General, was later put into a black Mercedes Benz ambulance and conveyed in a motorcade to his residence, situated at Iheya street, Benin.

Ogbemudia was military administrator of defunct Midwest Region between 1967 and 1975. He was later elected executive Governor of old Bendel state from October to December 1983 when the civilian administration was swept away in a military coup staged by the then Maj. Gen. Muhammadu Buhari.