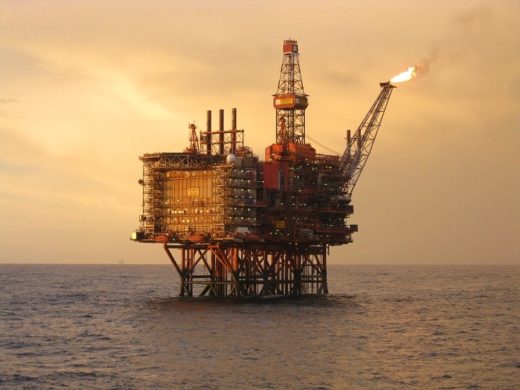 The Nigerian Association of Petroleum Explorationists (NAPE) on Wednesday said that the Federal Government has the capacity to achieve 40 billion barrels of oil reserve projection by 2020.

Mr Abiodun Adesanya, the association’s President, disclosed this in Lagos against the backdrop of government’s plans to boost oil production.

Adesanya said that the Federal Government’s Economic Recovery and Growth Plan (ERGP) target was to restore oil production to 2.2 million barrels per day (mbpd) in 2017.

He said that increasing it to 2.5 mbpd by 2020 could be achievable if monitored adequately.

He said that that the nation needed to increase exploration activities in order to achieve that lofty target.

The NAPE president said that Federal Government had targeted 40 billion barrels reserves and three million barrels per day production by the year 2020.

According to him, the Nigerian oil and gas industry is currently experiencing declining reserves owing to reduced exploration due to militancy, a situation that had caused much concern.

He said that successful exploration and development of new oil fields would require the use of novel integrated technologies.

Adesanya said that government was committed to meeting the 40 billion barrels oil reserve target, but decried the rate of crude oil theft and pipeline vandalism in the country.

He said that it was in the best interest of the government to increase production.

“It is for all of us as stakeholders to work together, minimize the distraction and face the business of boosting the reserves production to 40 billion barrels.’’

He said that exploration successes in other African countries had put pressures on Nigeria as a competing destination for oil and gas investments.

He said that there was an urgent need to examine the effectiveness of existing policies to drive growth in the oil and gas industry as well as the development of roadmaps and new policy initiatives.

Adesanya said the association was committed to providing other learning opportunities, including short courses and field trips to the carbonate sedimentation areas in the Eastern Dahomey Basin in South-West Nigeria.

On the Petroleum Industry Bill (PIB), the NAPE president said the association would continue to advise the government on the need to pass the bill into law.

“Stakeholders believe that as exploration and production experts in the oil and gas industry, NAPE should have made a greater impact that would have facilitated the passage of the bill into law.

“The only thing the body can do is to advise and cannot force the government.

“Passage of the bill by the National Assembly will address all aspects of the petroleum industry’s challenges and attract investment.’’ he said.

The Federal Government had, on March 7, released its ERGP with a view to restoring macroeconomic stability that would lead the various sectors toward achieving the nation’s full economic potentialities.

The ERGP’s core vision from the plan is sustained inclusive growth through structured economic transformation with emphasis on improving both public and private sectors’ efficiencies.

This is to increase national productivity and achieve sustainable diversification of production.