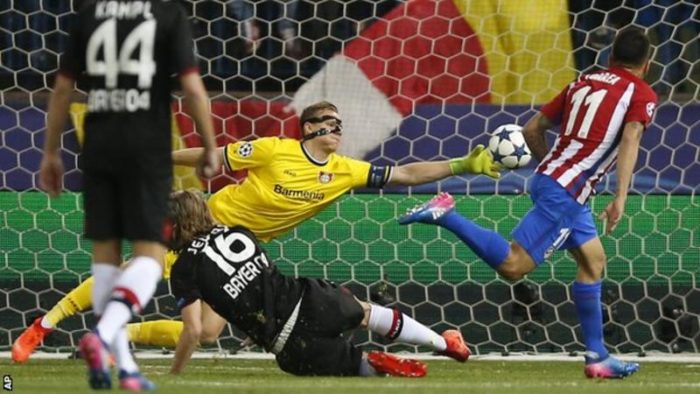 Atletico Madrid sealed their place in the last eight of the Champions League courtesy of a professional second-leg display against Bayer Leverkusen.

Leading 4-2 from the first leg, the Spanish side were largely unflustered as they held the German side at bay.

Bayer keeper Bernd Leno produced two excellent stops of his own to tip away Angel Correa and Koke shots.

BBC reports that last season’s runners-up Atletico are the third Spanish side through to the quarter-finals, along with Barcelona and holders Real Madrid.

They are joined by Monaco, who beat Manchester City on Wednesday, with German duo Bayern Munich and Borussia Dortmund, and English champions Leicester completing the draw, which takes place on Friday.