City knocked out of Champions League on away goal rule 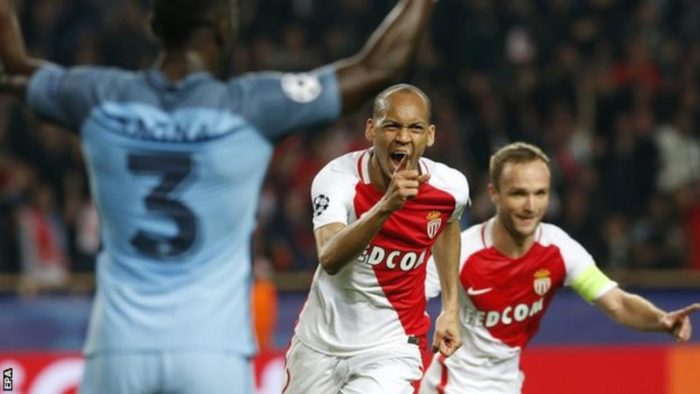 Manchester City were knocked out of the Champions League on away goals at the last-16 stage after Monaco’s second-leg victory sealed a thrilling tie at Stade Louis II.

The English side were 13 minutes away from progressing after clawing themselves back into the contest, but slack marking allowed the hosts to hit back through Tiemoue Bakayoko’s free header.

Having lost 5-3 in an extraordinary first leg in Manchester, Monaco dominated the first half and opened the scoring through teenager Kylian Mbappe’s poked finish from close range from Bernardo Silva’s drilled cross.

Mbappe had a goal ruled out for offside and Valere Germain struck narrowly over, before the Ligue 1 side deservedly doubled their advantage on the night via Fabinho’s well-taken strike from inside the area.

BBC reports that City failed to muster any sort of shot in the opening 45 minutes and it took until the 65th minute for Sergio Aguero to force goalkeeper Danijel Subasic into a sharp save.

They forced their way back into the game as Leroy Sane swept in after Subasic parried Raheem Sterling’s low strike, but it was not enough.

The result leaves Premier League champions Leicester City as the only English team in the last eight.