Gotze rules out of season as he suffers metabolic disorder 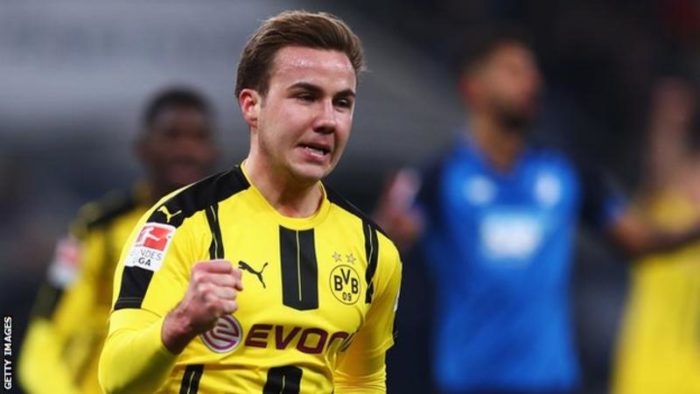 World Cup winner Mario Gotze has been ruled out for the rest of the season as he recovers from a “metabolic disorder” but is expected to be ‘fully fit’ for the start of next season.

Germany and Borussia Dortmund midfielder, 24, has been limited to nine Bundesliga starts because of muscular problems since re-signing from Bayern Munich last summer.

According to the BBC, Gotze is on a rehabilitation programme and could be training by early summer, but it depends on how he responds to treatment, said the German club.

Dortmund added: “The long-term target for the player is to be fully fit and ready to play for the start of next season”.

Gotze, who scored Germany’s extra-time winning goal against Argentina in the 2014 World Cup final, has played 24 minutes of Bundesliga action in 2017.