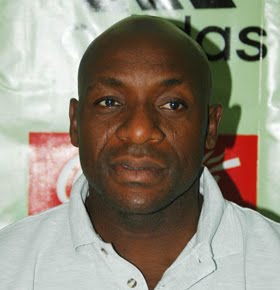 Ex-Super Eagles goalkeeper, Ike Shorunmu on Wednesday advised handlers of the Super Eagles to use this month’s international friendly matches in London to test many players.

The Super Eagles will be up against Senegal’s Teranga Lions on March 23 before taking on the Etalons of Burkina Faso four days later.

Both matches will be played at The Hive, home ground of Barnet Football Club.

Germany-based forward Noah Joel Bazee and Holland-based defender Tyronne Ebuehi will join up with the squad for the first time, while youngster Victor Osimhen, record top scorer at the FIFA U17 World Cup, returns.

Shorunmu, speaking in Lagos, said the players should be assessed based on their performance during the friendly matches.

“A coach can achieve so much with 25 invited players.

“I believe the coach wants the best, so he should select players that can give him the result he needs to achieve his objective.

“We need this qualification than ever before, our qualification will excite Nigerians once again, we owe them that much,’’ the ex-Super Eagles goalkeeper said.