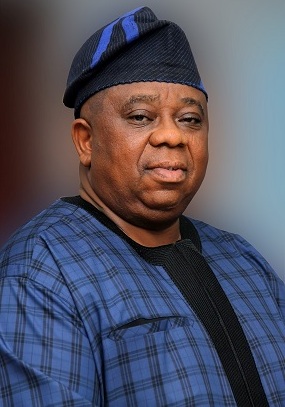 The crisis rocking the Nigerian Bottling Company, NBC, manufacturer of Coca Cola, Fanta and Sprite is far from being over as the Lagos State Government is threatening to sanction the soft drink giant for breaching the state’s water regulatory policy.

The government made the threat at a news conference on Wednesday in commemoration of this year’s World Water Day, with the theme: “Waste Water.” The event was attended by the State Water Regulatory Commission (LSWRC), Lagos Water Corporation (LWC) and Lagos State Waste Water Management.

Executive Secretary, LSWRC, Mr. Ahmed Abdullahi said government would not be afraid to enforce the law if some people breached it.

“NBC is having issues with the Lagos State Water regulatory Commission. They always tried to avoid regulatory issues. There are issues that they are having seriously with us and we are working at. We would stop at nothing to ensure that they fully comply,” he said.

According to him, NBC had been tapping its water source without paying, saying that government would stop at nothing than to enforce the law.

He added that NBC did not allow the regulatory commission access to its premises to embark on check to ascertain the company’s level of hygiene.‎

Abdullahi stated that government was still analyzing sample contents taken from the NBC premises and that it would speak out at the appropriate time.

Meanwhile, the government said it would intensify regulation of water consumption both domestic and industrial, saying that over 50 percent of residents who visited hospitals, did so because they had water-related ailment.

Abdullahi lamented that the unwholesome water used by bottle and sachet water producers and others with water related content, was affecting residents’ health.

“About 50 percent of those who visit hospitals today do so because they have water-related ailment. We are working to control the situation in order to have healthier society,” he said.

Abdullahi disclosed that many residents of the state did not often check the producer of the water and other contents before drinking the product.

However, Abdullahi further disclosed that the state government would also use the World Water Day event to chart a new path for the water sector for the rapid development of the sector.

He said that several stakeholders, including environmentalists with both the public and private sectors experience, would give insights and expatiate on the present administration’s policy on water, stressing that the state government was leaving no stone unturned in ensuring that Lagosians had access to quality and safe water.

On his part, Engr. Adeniyi Abdul, Coordinator, Lagos State Waste Water Management Office, bemoaned the increasing rate of water-related illnesses and posited that if more attention was paid to the quality of water by all stakeholders, as being done by the state government, the trend would be reversed.

The Managing Director, Lagos Water Corporation, Engr. Muminu Badmus, lamented the damage being perpetrated by some members of the public who indulged in contaminating the corporation’s water through illegal connections of water.