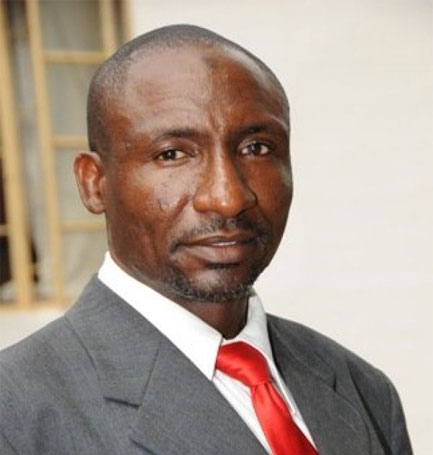 The National Industrial Court sitting in Kano, on Thursday adjourned the case of the illegal impeachment of Kaduna State NUJ chairman, Comrade Garba Mohammed, to May 17 for ruling on a motion on notice.

The motion was filed by Mohammed’s counsel, seeking to join two other persons as claimants.

Mohammed is challenging his impeachment as chairman of the Nigeria Union of Journalists [NUJ] in the state, on the grounds that it was illegal and unconstitutional.

When the case came up for mention, counsel to the plaintiff told the Court that he had filed a motion on notice seeking to amend the name of the first defendant in the suit.

The motion also sought an order of the court to bring in two additional claimants in the application which the defence counsel, Mr Mohammed Kabir-Abdullahi objected to.

However, after hearing the presentations of counsels for both sides, the presiding judge, Justice Lawal Mani adjourned the case to May 17, for ruling on the motion on notice.

Speaking to reporters, counsel to the claimant, Mr Andrew Abuul said his client’s purported impeachment did not follow due process.

He added that some members of the union, who volunteered to serve as his client’s witness, were suspended by the union.

“So we filed an application that they should be joined in the case to enable them challenge and contest their suspension.

“It is saddening in this generation where we are talking of whistleblowing that we can close our eye to see that people who made a witness statement before a court of law, are punished unjustly for doing that,” he said.

However, in his remarks, the defence counsel, Mr Mohammed Kabir-Abdullahi, said he was against the application because it was not done properly.

“Basically they are seeking to bring in two additional claimants in the case and we are saying that they cannot do that without doing the proper thing.” he said.