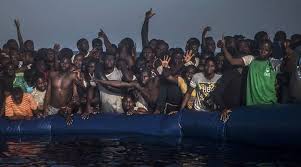 A guard on Friday said 31 Somali refugees were killed off the coast of Yemen on Friday when a helicopter attacked the boat they were travelling in.

Mohamed al-Alay, the local coast guard in the Houthi-controlled Hodeidah area told Reuters in Mogadishu that the refugees, carrying official UNHCR documents, were on their way from Yemen to Sudan when they were attacked by an Apache helicopter near the Bab al-Mandeb strait.

A sailor who had been operating the boat, Ibrahim Ali Zeyad, said 80 refugees had been rescued after the incident.

It was not immediately clear who carried out the attack.